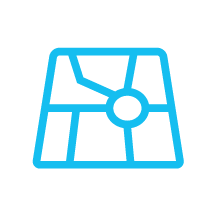 Visit the Stay Involved page for project updates and an overview of community input opportunities coming up in early 2023.

Now that the Comprehensive Plan has been adopted, the Cville Plans Together team is starting the process of rewriting the zoning ordinance. More information about how you can be involved during this process will be regularly updated on the “Stay Involved” page of the website.

Click Here for Common Words and Definitions Related to Zoning

“Zoning” refers to the regulations that govern the development of buildings and use of land. These regulations have two components: the zoning ordinance (including a description of zoning districts) and a zoning map. Zoning districts break the city up into different classifications, each with their own allowed standards for development and land uses. A zoning map tells users which districts apply to each property. Today’s zoning is in Chapter 34 of the Charlottesville code. Zoning authority is granted to the City by the Commonwealth of Virginia in order to protect the health, safety, and welfare of the community. What is planned for the Zoning Ordinance?

There are several steps along the way to a new zoning ordinance, and we will seek your input on all of them.

In the initial phase, the Cville Plans Together team will review the adopted Comprehensive Plan, Affordable Housing Plan, and existing small area plans, in addition to the existing zoning ordinance. The expected outcome of this phase is a two-part report:

With the release of this report, the Cville Plans Together team will be looking for feedback on our diagnosis and proposed approach, including opinions and perspectives from across the entire community. Following this process of review and revision, the draft report will be presented to the Planning Commission and City Council and, with their approval of the proposed approach, the team will begin drafting the zoning ordinance document.

This portion of the project will include:

The adoption process will include public hearings with Planning Commission and City Council.

Why do we need to update our zoning?

The Zoning Ordinance is a key tool for implementing the recently adopted Comprehensive Plan update and the Affordable Housing Plan. Changes to make the City’s zoning regulations align with the new plans, and implement them, are needed. Today’s zoning also has a number of flaws and barriers to development previously identified by City planning staff, elected and appointed officials, and others. This process is an opportunity to cure these flaws and remove the barriers to the kind of development that is described in the updated Comprehensive Plan. Finally, the new zoning will be easier to read and apply for everyone involved, due to its plain-language drafting style and rich graphic content.

How can I be involved?

Please stay involved throughout this process! Visit the Stay Involved page to find out about any upcoming events and other opportunities to participate, and subscribe to the email list to receive updates.